Hazard report forms are used when workers identify a potential hazard which cannot be easily and immediately fixed.

The hazard report form is a notification mechanism which allows workers to communicate with other stakeholders and other workers so that the hazard can be rectified before anyone or anything is damaged or hurt.

The hazard report form example you see to the right - and the other form examples you can see by scrolling down are based on a template being used by a number of organisations in the industries.

The real-life example features a number of form fields which allow a worker to capture a hazard, capture its risk level - and then move forward with taking the necessary measures to remove that hazard.

Example photos have also been included in this hazard report example - as they are an obvious and integral part of documenting a hazard in a way that is immediately understandable.

Click on the attached hazard report form example to expand it, or scroll down to see a few more examples. 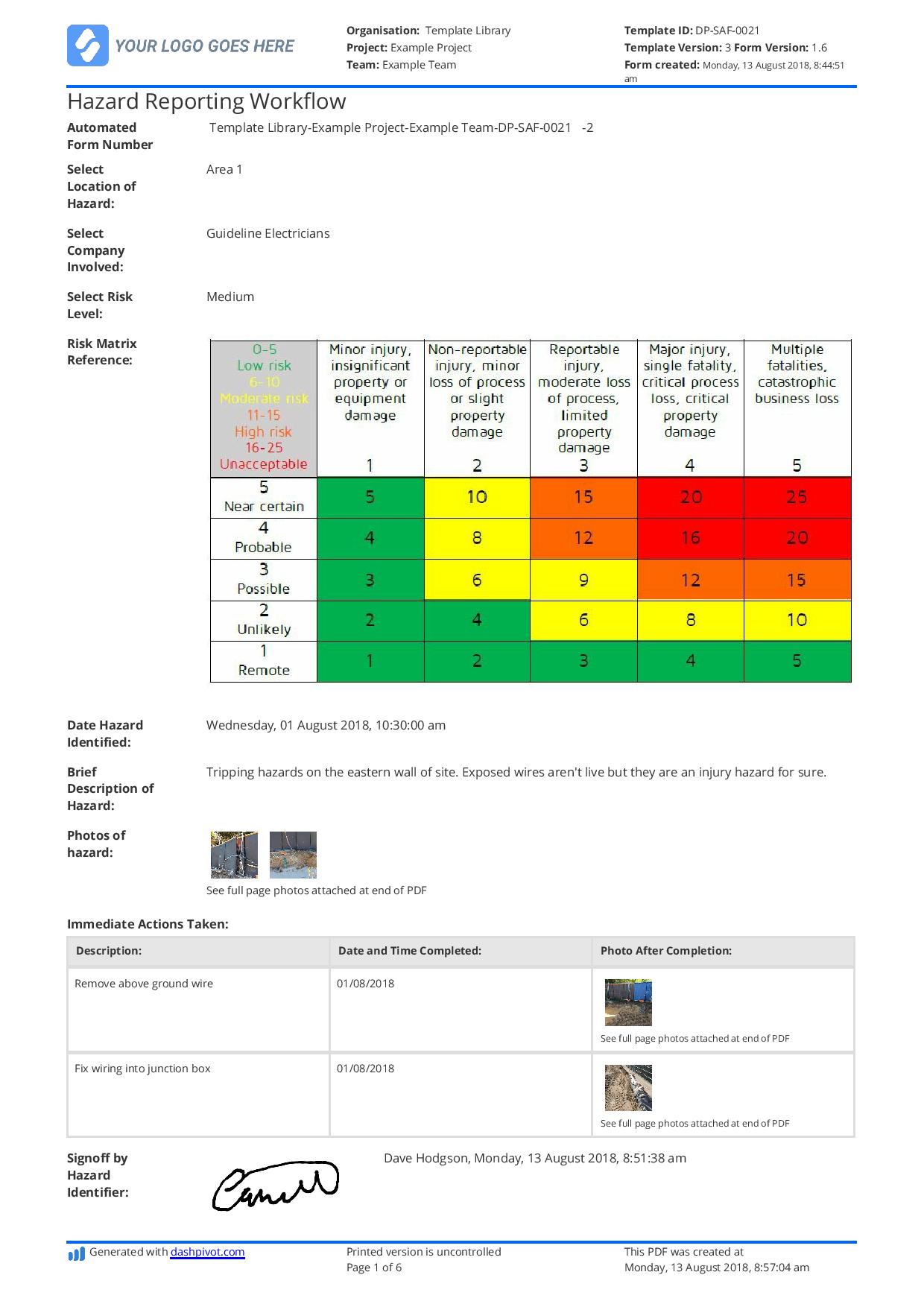 Can you use this hazard report example?

See some more hazard report form examples below. Click on a report to open it, toggle between list and register view - and even edit the hazard form template.

Try it for yourself →

Get started with your own hazard report form template for free.

Dashpivot is user friendly safety management software trusted by the industries on all kinds of jobs and projects. 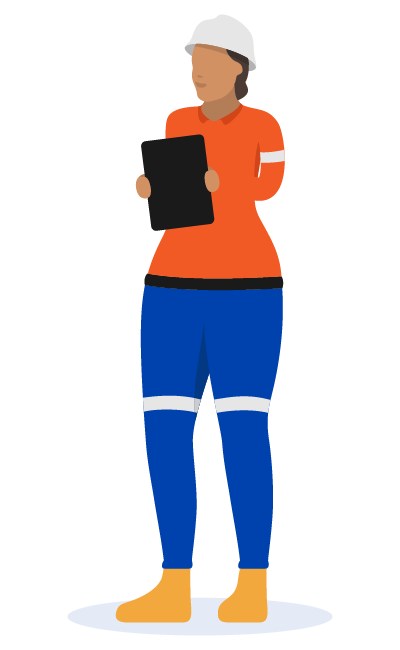 Other popular Safety templates you can get started with for free.

Document incidents and near misses properly, and more easily.

People in 70+ countries use this safety management system to improve safety process and outcomes.

Sitemate is the industries most flexible project management software. See how it can streamline your projects, teams and forms today.